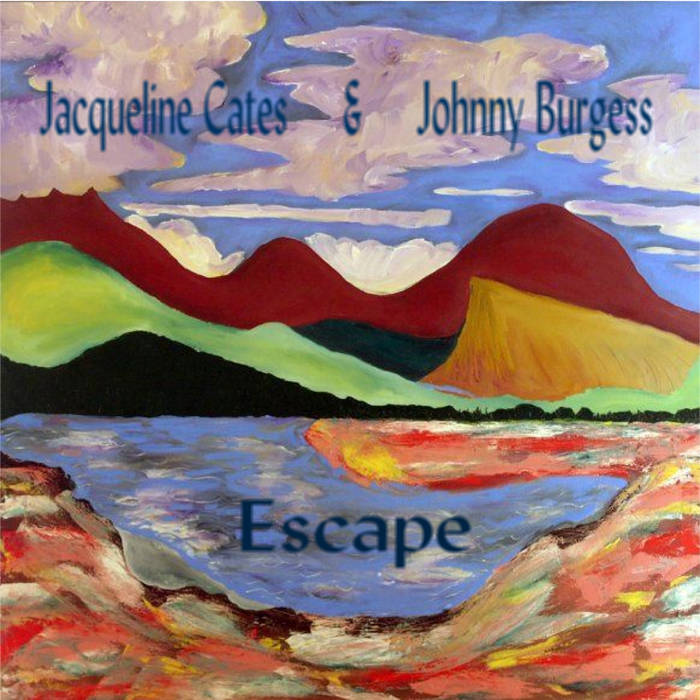 Track Name: Safe Harbor
My spirit emerged from destruction unleashed
By deception, betrayal and loss
It took flight in search for its injured soul
And a place to find solace

A web was woven around me
Strands circling, sparkling silver
Slowly, methodically, pieces of me
Were torn away forever

A spark, a fire, grew within me
Heat shattered illusion, pretense
Ashes blew in all directions
Smoldering, burning intense

My soul awash in these raging seas
But determined to find it's way home
Then I found you, heart so full
My spirit recovered it's soul

Your kindness...
A balm to my wounds
Your Spirit...
A calming presence
I did not expect this gift from you
Safe harbor that's shared by two
Your smile...
Brings joy to my heart
Your eyes..
Like sunshine on water
I did not expect you'd feel so true
And give me safe harbor with you

We cannot predict what winds will do
When they blow across the water
We may need to restore both spirit and soul
And hold on to each other
Track Name: Flying Solo
Increasing altitude in my flight
I have no one and that's alright
Excess baggage left behind
I choose how to spend my time

Tipping my wings from right to left
Wind in my hair, no safety net
Exhilaration filling me
Brave new world for me to see

No one shooting darts at me
With venomous eyes to silence me
Dancing wild, busting moves
Got no one to stop my grooves

Laughing 'til my shoulders ache
I'm with no one, make no mistake
Clear skies ahead are all I see
No one now to tread on me

Home again in Puget Sound
Water and mountains is where I'm found
Energy building, bursting high
Riding currents in the sky
Track Name: Early In The Morning
Early in the morning dear
While you were sleeping near
Sunshine slipped through the window blinds
Dancing upon me; inviting me outside

I kissed you softly; let you go
It felt so good to know
You would be here when I returned to you
To hold me close and whisper "I love you"

In my mind I saw your face
A tender smile; a warn embrace
Every time I walked through your front door
I could not ask for any more

I stepped into the morning sun
Like a child having fun
Wandered beaches; saw some views
Of Olympic Mountains with granite hues

The morning sun rose high in the sky
It was time to say goodbye
To morning dew on spider's web
And to tracks where deer had tread
Track Name: Jack Hyde Park
On our way to Jack Hyde Park
Just might stay until dark
Bar-B-Queing in the air
Boats trolling off somewhere

At the sun dial enjoy a view
Of ships, sailboats and kayaks too
Climb up on the emerald knoll
Folks below us take a stroll

Lazy clouds drift on by
Train whistle blows – babies cry
Lay beside me on this hill
Just for a moment, let’s be still
Track Name: Faith
I know I'm not perfect with words that I say
I know I'm not perfect each and every day
I may say some stupid things that can be takin' wrong
I may not think enough before my mouth moves on and on

Whisper, I can hear voices near
We must not let them know we are here
In the night, nobody knows are name
We must remain hidden 'til angels take our hand

We can say we tried to go on forever
No one stands in our way with a chance we make it...to heaven

Hurry, I can here footsteps near
We must not let them capture our fears
In the night, nobody knows our name
We must remain hidden until angels take our hand

We can say we tried to go on forever
No one stands in our way with a chance we make it...to heaven...to heaven...
Track Name: Traces Of You
The door opened at the turn of my key
With my hand on the door knob,
I peeked in to see;
No one inside now, only a view
Of endearing traces of you

On the table are daffodils
Fragrance now almost nil
Although blooms have faded some
Memories I’ll have for years to come
Track Name: Simple Love Song
"Simple Love Song" by Johnny Burgess

Heard trunk open, that was my cue
Get out of the car, there was much to do
Unloading a keyboard, stand and chair
Equipment for sound was stashed in there

What hit me first when I stepped through the door
The stench of stale beer, urine, and more
Happy to see you, they all shake your hand
A keyboard player really adds to the band

(Chorus)
It's a hole in the wall, as we well know
Musicians are jammin, most anything goes
Coming from day jobs, they all arrive
Night time and music, they come alive

Heat is created when couples dance close
Jammers respond by giving their most
Guitar in hand, Billy turns to you
His solo demands a response from you

Heat is created when couples dance close
Jammers respond by giving their most
Piano solo done, Johnny turns to you
His solo demands a response from you

Night time and music dances by
Some jammers had to say goodbye
Don't forget 'bout our next gig
New tunes to play, new songs to dig
Track Name: Rip Tide
The end came from your blind side
You never thought she’d leave you behind
Between daylight and evening gloom
She disappeared from every room

Love sometimes ebbs and flows
Strong hearts will fight undertows
Swim with currents to the shore
Safe from the depths to love once more
Track Name: Fire Mountain
A Long time ago,  legends say
Fire Mountain,  had its day
Mt. Tahoma,   it was called
In sun or clouds,   standing tall
Like Fire Mountain, there's heat inside
Smoldering, erupting,  coming alive

Anger's fueled,  with hot fire
Consuming all,  leaving no desire
Remains of ashes, on the ground
Love no longer, can be found.

Passion's  fueled,   with desire hot
Consuming all,  love it's not
Love burns steady,  growing inside
Passion erupts,  in it's own time.
Like Fire Mountain,  there is heat inside
Smoldering, erupting, coming alive

Sometimes a heart,  with love overflows
Rolling like a river,  a hot lava flow
Driven as you gaze on,  your own sweet child
Forever in your heart,   true and wild.

Like Fire Mountain,  there's heat inside
Smoldering, erupting, coming alive
Love is a risk,  with stakes so high
Spirit and soul,  can't wither and die...
Track Name: Escape
It's time now to move on
Tired of singing the same old song
Eyes now open - I do see
The one holding me back was me

Hurricane Ridge is a place to be
Alpine air will set you free
Hike through clouds in morning grey
Heaven will shine by midday.

Way up high on Mt. Rainier
Hike up to base Camp Muir
Playful marmots you will find
Blowing winds will clear your mind.

From a cliff the view's a thrill
Scanning peaks while being still
Wind surrounds you and blows away
Pain and regrets from former days.

A true friend is hard to find
The trust you need takes some time
It is a gift I find is true
Escape together, we can do.

Vashon Island by ferry ride
Best time to go is at low tide
Stroll along rocky shores
The voice inside you cries for more.